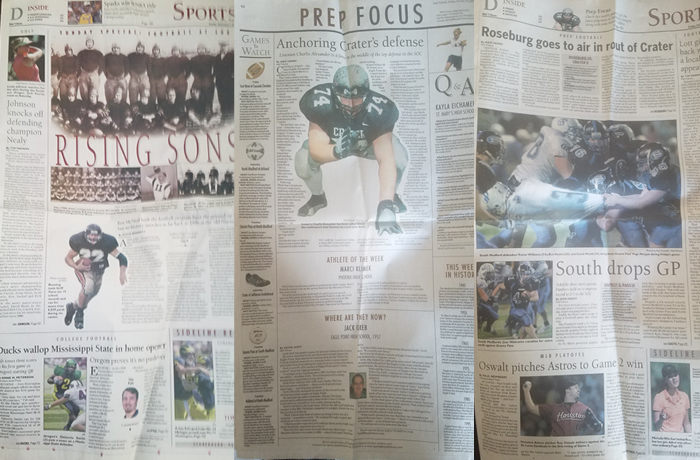 It has been 15 years since I stepped foot into a newsroom, but the passion for creating and designing a beautiful section has never waned.

I got my start in 1998 at the Triplicate in Crescent City, California, a very small community paper (circulation 3,500). At 23, I was the sports editor and I covered one local high school (Del Norte) as well as athletic events and features in Del Norte County. This included an annual Triathlon, several runs, a demolition derby and an exhibition wrestling event that featured The Honky Tonk Man. I was also in charge of designing my sports page each night.

In November 1999, I moved to San Angelo, Texas and became the lead sports page designer for the San Angelo Standard-Times (circulation, 55,000). With a strong emphasis on high school football, the sports editor, a very talented page designer, wanted a section that popped. The Standard-Times was the best designed sports section in West Texas. We had two very tight deadlines (8 p.m. and 11 p.m.) and coverage that spanned nearly 500 miles. We were also in the heart of football country which meant our sports section devoted most of its space to preps.

By September 2000, I had an opportunity to come back home to Medford, Oregon. An opening at my hometown newspaper allowed me to become the sports page/section designer for the Mail Tribune (circulation 35,000). I was immediately a part of a committee that redesigned the paper. The last redesign was in the mid-80s, so it was way past due. The Mail Tribune was devoted to local content. We had the best reporters and writers in the state and it was my job to package their stories in an appealing way. The sports staff won several design awards in the five years I worked there. 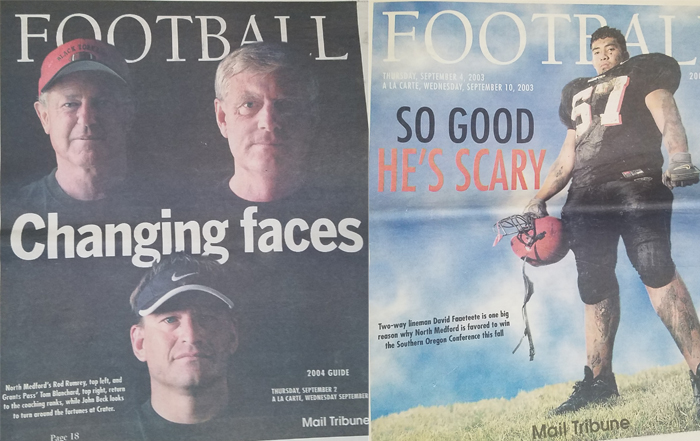