I started my career as a sports editor for a very small newspaper on the northern California coast in 1998. I wrote features, covered local athletic events and designed the sports page.

In 1999, I moved to San Angelo, Texas, the mecca of high school football, and became the lead sports page designer for the Standard Times. The emphasis was on a crisp design. The sports editor was a very talented designer and I was hired to uphold the creativeness of the section. There were two very tight deadlines because of the coverage area. We had a first run at 8 p.m. and a city run at 11 p.m. This meant scrambling after the first run. Often times, I would have to delete the front page and completely redesign it.

In September 2000, I had an opportunity to come back home and work for my hometown paper. The Mail Tribune was in the midst of a transition when I arrived from cutting and pasting the section together to pagination. My experience in pagination helped. As part of a committee, we also gave the Mail Tribune a much needed facelift. The Mail Tribune is one of the best in the state for local coverage of sports and we had some extremely talent reporters and writers. My job was to showcase these talented writers by packaging their stories and features. The sports section was in the top three each year for design in state and regional contests. As the sports page designer, or desk person, it was my job to find compelling Associated Press stories to fill the section. News judgement was key, and part of my job was to understand sports and news that would draw local and regional interest.

I used QuarkXPress as the main tool to design the section. Quark was design software that replaced the cut and paste. I also used Photoshop to edit and crop AP photos. Quark was eventually replaced by Adobe's InDesign, but the shortcuts and hot-keys are the same. 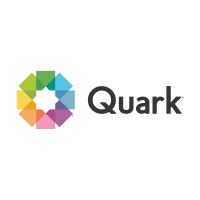